Hi, I’m Thomas Frank, this is Crash Course Study Skills,
and today we’re going to look at how to take great notes
– and you're probably gonna wanna write that down. [Theme Music] Why focus on your notes? Well, simply put, when it comes to learning
and retaining information, output is just
as important as input. When you’re first learning a fact or a concept,
you’re intaking new information; but, to retain that information for a long time, you
need to store it in a place that you can easily access
later on, and you need to put it in your own words.

Now, before we talk about specific note-taking
systems, what information you should actually
record in your notes, and whether or not it’s helpful to blend
them up and drink 'em like a milkshake, let’s start with what’s going to set you
up for success in the first place: showing up to class prepared with the right
tools. There are three routes you can go when selecting
those tools: paper, computer, or arm.

What’s the best option? Well, unless you’re that guy from Memento,
we can probably narrow it down to either paper
or computer. Between those two, there’s been a debate going on
for years, but we do have some recent scientific
evidence that we can turn to for some hard answers. According to a study done at Princeton University in
2014, students who took notes on a 15-minute lecture
using a laptop wrote an average of 310 words, while those who wrote on paper only
averaged 173. So it seems typing your notes definitely does
give you a speed advantage. The downside to becoming the metaphorical Speed Racer of note-taking, though, was that these same students were able to recall less information when tested later on. So why does this happen? Well, the root of the problem lies in the fact that
the computer note-takers were much more likely to
record what was being presented word-for-word. Let’s go to the Thought Bubble.

When you’re paying attention to a lecture,
there are two aspects to the information being
presented. Since complex information is communicated
through language – be it written or spoken – we get both the syntax (like the letters and
sounds that make up the words) as well as
the meaning. When you’re typing out your notes, the speed
advantage enables you to record a much more
complete version of what your teacher is saying. However, your working memory – the part
of your memory that deals with the information
you’re currently intaking – can only deal with so much at one time. Current cognitive science research puts that
amount at around four “chunks” of information,
which we’ll talk about in another video. The combination of that recording speed advantage
and your built-in mental processing limit can lead you to devote more mental resources
to the syntax of the message – those pesky letters
and sounds – and less to the actual meaning. As a result, you learn less in class and you
create more work for yourself later on.

Thanks, Thought Bubble. So, does this mean that a pen and paper always
beats your laptop? Well, not necessarily; now that you know that the speed increase
you get through typing has a downside, you can just resolve to type less and pay more
attention to the meaning of the message while
you’re in class. Still, paper does have an implicit advantage,
as it requires less self-control. Your long-hand writing speed automatically
limits how much you pay attention to the syntax, and – as a bonus – you don’t have to
worry about being tempted to go on Facebook
in the middle of class either.

Regardless of what tool you decide to choose,
though, make sure you come into class prepared. If you’re using paper, have a well organized
notebook with plenty of blank space, as well as
a good quality pen that you enjoy writing with. And if you decide that a computer fits your
style better, find a good note-taking app like Evernote, or OneNote, Dropbox Paper,
or any other that fits your fancy. You should also close out of any apps or
websites that aren’t relevant to the lecture – that’ll help you stay focused, though you still might have to work to ignore that guy in front of you who’s taking a quiz on Buzzfeed to figure out his Hogwarts house. I’m a Ravenclaw, by the way – though that’s
just what a Slytherin would say, isn’t it? Anyway, now that you’re prepped and
equipped with the right tools, what exactly
should you be recording with them? After all, you can’t just record everything. As the famous mathematician Eric Temple Bell
noted, “The map is not the thing mapped.” Just like a map is only useful if it summarizes
and simplifies what it represents, your notes are a useful reviewing tool only
when there’s a high signal-to-noise ratio.

That means they’ve got to be packed with the information you need to know for tests and later application, and devoid of anything that doesn’t matter. It’s a bit hard to make specific recommendations
here, since there are so many different subjects and
classes in which you’ll need your note-taking skills; however, we can put forth some general
guidelines that will point you in the right
direction. First and foremost, gauge each class you’re
taking early on. Carefully look at the syllabus, pay attention
to any study guides or review materials you
can get your hands on, and make mental notes about different types
of questions you see on early quizzes and tests. Additionally, any time you hear your professor
say something like, “This is important, pay attention,”
in lecture, that’s a cue to take extra-careful notes. A lot of my friends in school thought it was
a cue to take a nap, but they were wrong. Beyond that, whether you’re sitting in class or
going through a reading assignment in your textbook,
you’ll want to pay special attention to things like: Big ideas – you know, summaries,
overviews, or conclusions Bullet lists (like this one)
Terms and definitions
and Examples And examples are doubly important, especially
in classes where you have to apply concepts and
formulas to problems, like in math or physics. 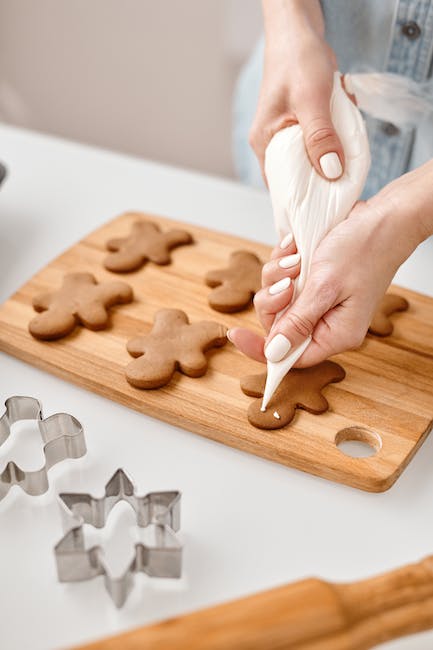 You can probably remember times when an
example presented in class made perfect sense, but then a later homework problem using the
same exact concept completely stumped you. There’s a big difference between being able to
follow along while someone else solves a problem
and having the chops to solve it on your own. But by recording every detail of the
examples you see in class – as well as making side notes about why the
concepts being used work – you’ll have a lot more ammunition to work with
while you’re tackling those homework problems. Now that we’ve covered the elements of good,
useful notes, let’s get into the specifics
of how to take them.

Now there are plenty of note-taking systems
out there, each with their own pros and cons, but with this video we’re just going to
focus on three: The Outline method, the Cornell method, and
the Mind-Mapping method. The Outline method is probably the simplest
one of them all, and it’s likely the one
you’re most familiar with. To use it, you just record the details of
the lecture or book you’re reading in a
bullet list. Each main point will be a top-level bullet,
and underneath it you’ll indent further and
further as you add details and specifics. The syllabus I wrote for this very Crash Course
series is a good example of outline-style notes.

Each video’s outline has several top-level
bullets, followed by several levels of detail. And yes, this is my actual outline. Now, the Outline method is great for creating
well-organized notes, but because it’s so rigid, you can easily end up with a ton of
notes that all look the same. So to prevent that from happening, use
formatting tricks to make important details stand
out when you’re reviewing them later on. For example: In these notes I took during an information systems class, you can see that I’ve got several details written down underneath “Prototyping”. All of them were important enough to write
down, but since the professor specifically mentioned that quick development and low cost
were the most important aspects of prototyping,
I made sure to bold that line. Next, we’ll go over the Cornell Method. Developed by the Cornell University professor
Walter Pauk back in the 1950’s and popularized
in his book How to Study in College, the Cornell method is a time-tested system
that involves dividing your paper (or a table in your
note-taking app) into three distinct sections: The Cue Column, The Notes Column, and The
Summary Column.

During a lecture, take your actual notes in
the aptly-named Notes Column. Yeah – you’ll learn that there’s not a whole lot
of misdirection when it comes to Study Skills. Anyway, here you can use any method you want,
be it the standard outline method we just
talked about or something more flexible. At the same time, when you think of questions that
weren’t answered – or that would be great prompts for
later review – write them down in the Cue Column. These questions will come in handy when you’re going through your notes in the future, as they’ll point you to the most important information and help to frame your thinking.

The Summary Area will remain empty until the
lecture is over. Once that time comes, take two or three minutes
to briefly look over the notes you took and the questions you wrote down, and then write
a 1-2 sentence summary of the biggest ideas
that were covered. This serves as an initial review, which helps to
consolidate everything that was presented up here and to solidify your understanding while
everything is still fresh in your mind. If neither of these two methods seems like the
right fit for you, you might like the final method
we’re going to cover, which is Mind Mapping. Mind maps are diagrams that visually
represent the relationships between individual
concepts and facts. Like outline-style maps, they’re very hierarchical
– but that’s where the similarities end. Outline-style notes are linear and read much
like normal text, while mind maps look more
like trees or spiderwebs.

To create a mind map, you write the main concept
smack-dab in the middle of the page, and then
branch out from there to flesh out the details. This method works really well on paper, but
there are also apps like Coggle which will let you
create mind maps on your computer as well. So what’s the best method?
Well, that’s up for you to decide. I recommend trying each one out, and making
your own tweaks as you go along. Also, remember that not every class will work
best with the exact same method. Your history notes are probably going to look
pretty different from your math notes. So that’s where we’re going to wrap this
video up. At this point, you should know how to come to
class prepared to take good notes, what to focus
on during the lecture, and what method to use. In a future video, we’ll follow up on these
points with some tips on how you can review
those notes during your study sessions – but for now, just go take some good notes! Thanks for watching, and I’ll see you next
time.

Crash Course Study Skills is filmed in the
Dr. Cheryl C. Kinney Crash Course Studio in Missoula, MT, and it's made with the help
of all of these nice people. If you'd like to help keep Crash Course free
for everyone, forever, you can support the
series on Patreon, a crowdfunding platform that allows you to
support the content you love. Thanks so much for your support..

How to prepare for Technical Interviews